This week's guest blogger is Hayley*, a musician of 20 years, who recently turned to Luton Foodbank for help.

Luton Foodbank has helped thousands of local people over the last seven years, and each person's story is unique.

Hayley explains why she has used our service, and what Luton Foodbank means to her.

“I’ve been self employed in the entertainment industry for over two decades. When nightlife got shut down nationwide in March, all my shows were cancelled. I had no dependable income for months. I looked at the help that was available to me, and contacted Luton Foodbank. They seemed more approachable than other organisations.”

Hayley found the idea of asking for help daunting—at first!

“Initially, I felt I needed to explain myself, but the volunteers were so friendly—they didn't pry or judge. I'd never expected to need a foodbank. Some would be surprised to learn that I did, because I don’t look like I need help. I think there is a perception that only the homeless or the long-term unemployed ask for help, but that’s not the case. You never know what situation you will find yourself in in the future.”

Hayley has friends in the same situation

“Most of my peers are in the same industry as me, and have found themselves moving back in with their parents, or getting support from elsewhere. For those that don’t have a support system, I made them aware of Luton Foodbank and how it can help people in our situation.

“Unfortunately my situation hasn’t changed since March, so I have found myself at Luton Foodbank twice this year. Luckily, they give you enough food for three days but mine has lasted me a little longer. I feel emotional when I think of their generosity and their support in my time of need.”

If you are in a similar situation to Hayley, you can arrange an assessment to find out whether you qualify for a food voucher.
Find out more 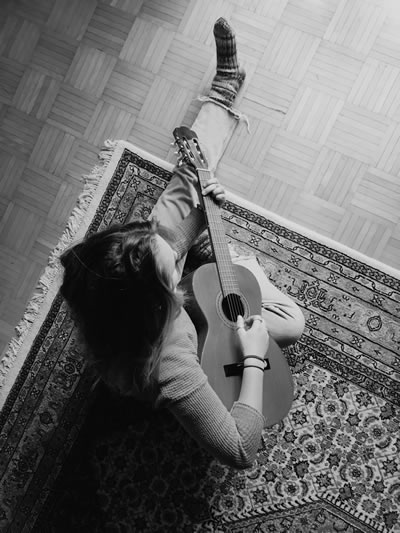 *The name of our client has been changed. We never make clients' personal information public unless they specifically ask us to.

Luton Foodbank is here to help you. If you are in a financial crisis, we can help you get food.

We can also give you information and support from our network of partners.

To find out more about how we give out food parcels, click here.